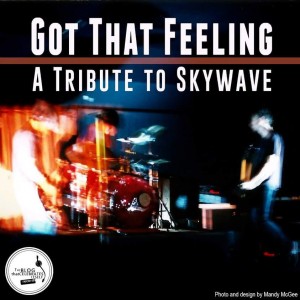 We’re very excited to announce The Blog That Celebrates Itself compilation for Skywave. We did the track Took the Sun which is off of the Don’t Say Slow 7″ and there’s a bunch of other bands on the compilation including Static Daydream, A Place To Bury Strangers, The Prids, We Miss The Earth and more.

Video for Great Beyond

Our buddy Psyche Coaster put together this really cool vid for our track The Great Beyond from the split with Bloody Knives. Not sure where the footage was culled from but it’s cool skate apocalyptic stuff which is almost perfect for the mood of the song.

If this is news to you in any way (and it really shouldn’t be) I am a big fan of both Screen Vinyl Image and bloody knives.     Both have interviews up on this site as well as other reviews than this, but this does mark the first time that they will be reviewed on cassette.    You know, there are three different types of split cassettes.    There are those with two artists you’ve never heard before, those with one artist you have heard and that helps bring you to the other which you haven’t heard yet and then there is this.   It’s that pairing that just makes you go, “Wow, really?”

I first found out about this cassette because of a post I saw floating around on Facebook.   It caught me kind of off guard because I guess I expected one of these artists to be partnered with some young upstart instead.    It’s like the pairing of a great tour except I don’t have to leave the comfort of my own home.    Really, I would have sought this out to hear had it been released on record, compact disc, digitally, 8track, smoke stack, whatever…  I am no stranger to buying a record of bloody knives because it was the only way to hear those particular songs and I’d do the same for Screen Vinyl Image.

Now all of that being said I feel the need to point out something else that might seem obvious to someone who is familiar with these artists, but I’m writing this under the impression that those reading it may have never heard of them before somehow by, you know, ignoring the rest of this site and a good chunk of the internet on a whole.     Anyway, this is an interesting pairing to me because Screen Vinyl Image sounds such a certain way while bloody knives sounds such a different way, even though they often end up running in the same circles.

The sounds of Screen Vinyl Image destructive beats that could provide enough dreaminess to create a classic soundtrack to a movie from the 1990’s such as “Breakfast Club” only not because this just operates on its own level.    At the same time, bloody knives has a certain amount of destruction in the sound but it’s more of a kicking down a keyboard stand during a live performance feel.

While I still feel like bloody knives could be somewhere between Nine Inch Nails or Stabbing Westward and Screen Vinyl Image channels New Order on here at times I suppose the point of mutual sound could come from that time Trent Reznor covered a New Order song, but you know, that’s kind of stretching it a bit thin don’t you think?   Just put this one on, turn it up and prepare to dance and most likely also break stuff.   It’s just so much fun from two of my favorite artists I just simply cannot say enough good things about.

Jake talked to Bandwidth this week about writing the new track I’m Not for the upcoming split with Bloody Knives.

View the interview here and check out the track below.

Screen Vinyl Image tracks:
Void
Edge of forever
The Great Beyond
I’m Not
Closing In
Drifting

Remix for We Miss the Earth

Check out a remix we did for We Miss The Earth’s single Eyes to the Creature.

In Our Angelhood – Cocteau Twins Cover 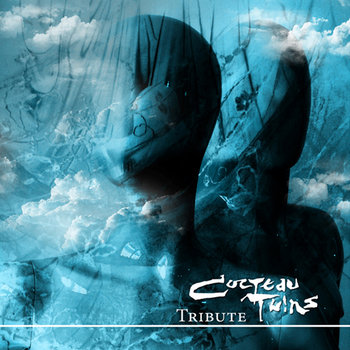 Our friend Renato, who runs The Blog That Celebrates Itself did a tribute to the Cocteau Twins for his radio show, and asked us to be a part of it. We’ve been wanting to do a cover of the CT’s for a long time, specifically In Our Angelhood off of Head Over Heels so this was the perfect opportunity to finally take a stab at the cover. Listen to it below along with some other great bands doing their favorites too!

We put together a mix for autumn and winter, perfect for traveling or late headphone nights. Download or listen at Soundcloud.

Skyscraper Kills My Ghost In Your Memory – My Dead Girlfriend

She Leaves You No Less – My Bloody Valentine

The Only Path – Neville Watson

Jake will be DJ’ing in December at Tropicalia (DC) for a Show List DC and Hometown Sounds show, all of the details are below.

Jake worked with our friends Sansyou to mix and master their EP, The Dilettante, available at Moon Sounds Records. Listen to a track over at the Ice Station site.

Also mastered at the Ice Station is the upcoming Beyond Inversion compilation coming out on Accidental Guest Recordings. BEYOND INVERSION, a compilation of contemporary noises sprawling across punk and post-punk landscapes curated by Sean Gray and Jes Skolnik.

All proceeds will benefit Rachael’s Women’s Center in DC, a nonprofit agency which provides resources and opportunities for homeless and formerly homeless women.

Click on the Accidental Guest link above to listen to tunes, learn more, and order the compilation.

A Guide To Rational Living Nothing Can Save You Now / Bloody Knives

One of the secrets of music is that a lot of bands within the same genres end up having similar sounds but they have to do things slightly different than other bands to establish themselves as individuals. To go completely in the other direction here, let’s look at punk rock bands for example. Punk bands are all the same at their roots- they play fast, simple music with lyrics that are typically rebellious. So how has punk rock managed to stay around so long and how have bands from Ramones and Sex Pistols to NOFX and Pennywise managed to stay relevant?

Shoegaze is no different and to some Screen Vinyl Image could be lost in the shuffle with a number of other bands. To the trained ear though, you have to listen for the little things that can come out in the music to make you realize you are indeed listening to SVI and not another shoegaze band.

While a song like “Stay Asleep” has a very Breakfast Club feel to it, “The Midnight Sun” takes us to that certain era of U2. Prior to “Roaming Spirit Freedom” we feel as if we are about enter some great western. It’s just these little intricacies that can really make any band familiar enough to welcome them into your musical fold almost immediately, yet not so similar that they are just taking up space reserved for a band already in your playlist.

And if that isn’t enough to make you listen to this album through your earbuds, the last song is also just over a half hour long and, well, that’s pretty damn trippy.

On a side note: “51:21” was released as a cassette and it is forever sold out. If anyone has a copy of this cassette they are willing to give it a better home to (i.e. us here at Raised by Gypsies) shoot us an email. No foolin’.